Want to help with documentation? Documented something? Use Discussions

🔥 no need to remove environment, delete src folder and create again, MUCH simpler! 🔥

A browser interface based on Gradio library for Stable Diffusion.

Original script with Gradio UI was written by a kind anonymous user. This is a modification.

If you want to use GFPGAN to improve generated faces, you need to install it separately. Download GFPGANv1.3.pth and put it into the /stable-diffusion-webui/src/gfpgan/experiments/pretrained_models directory.

When launching, you may get a very long warning message related to some weights not being used. You may freely ignore it. After a while, you will get a message like this:

Open the URL in browser, and you are good to go.

The script creates a web UI for Stable Diffusion's txt2img and img2img scripts. Following are features added that are not in original script.

Lets you improve faces in pictures using the GFPGAN model. There is a checkbox in every tab to use GFPGAN at 100%, and also a separate tab that just allows you to use GFPGAN on any picture, with a slider that controls how strongthe effect is. 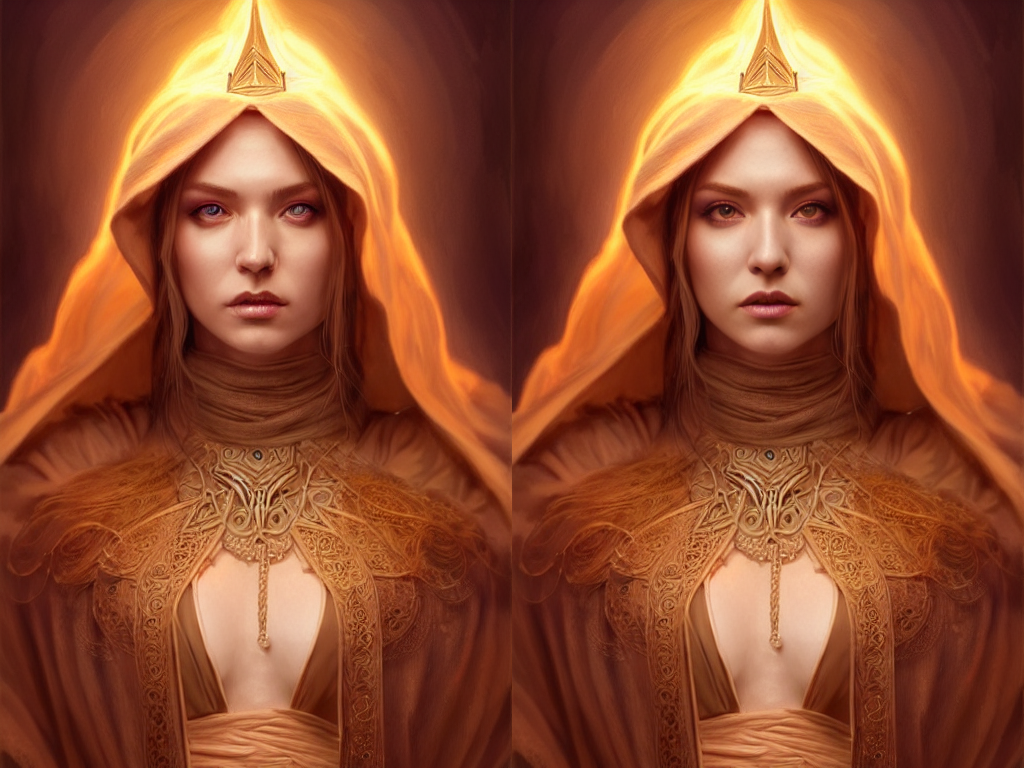 Lets you double the resolution of generated images. There is a checkbox in every tab to use RealESRGAN, and you can choose between the regular upscaler and the anime version. There is also a separate tab for using RealESRGAN on any picture. 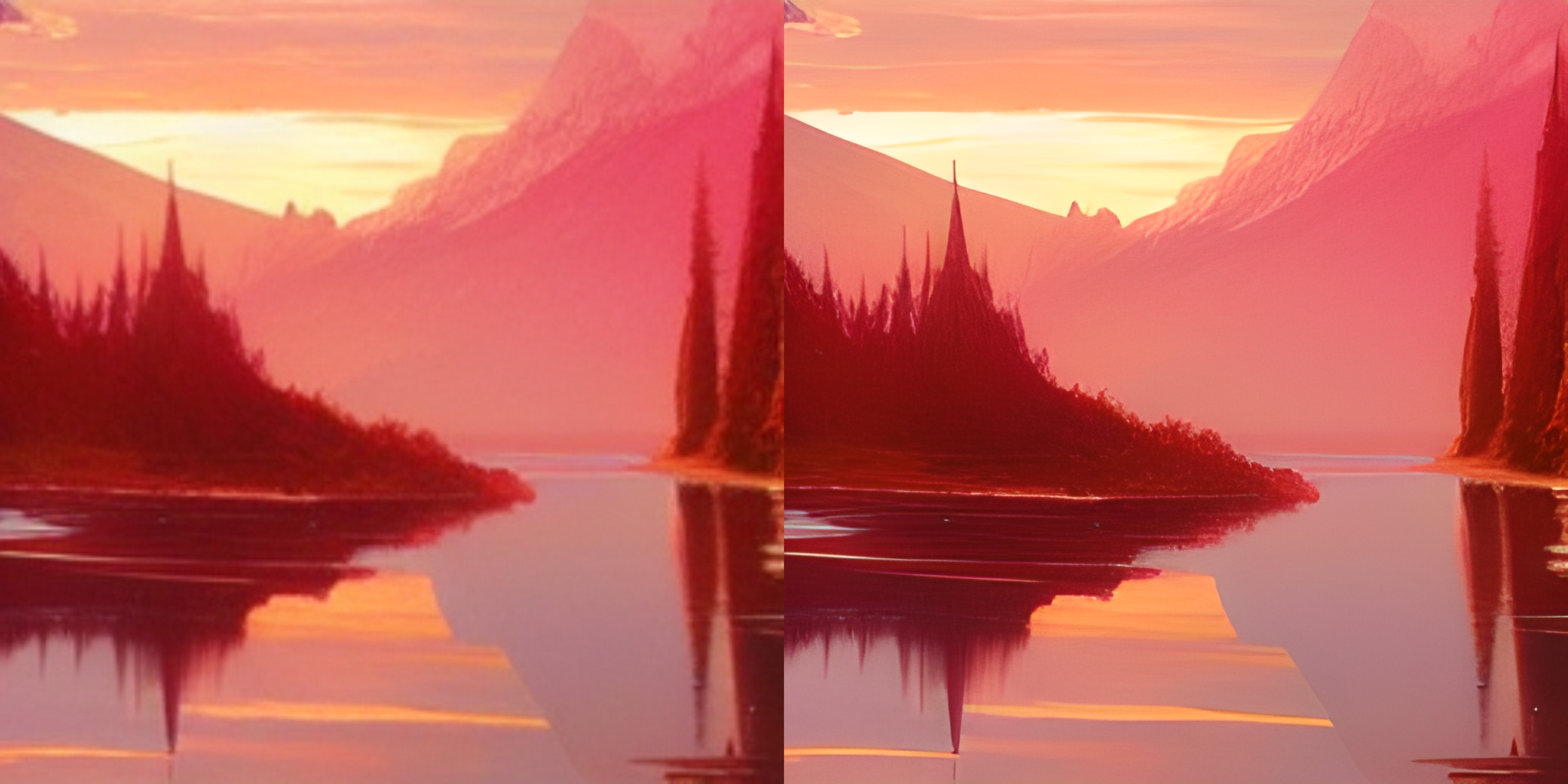 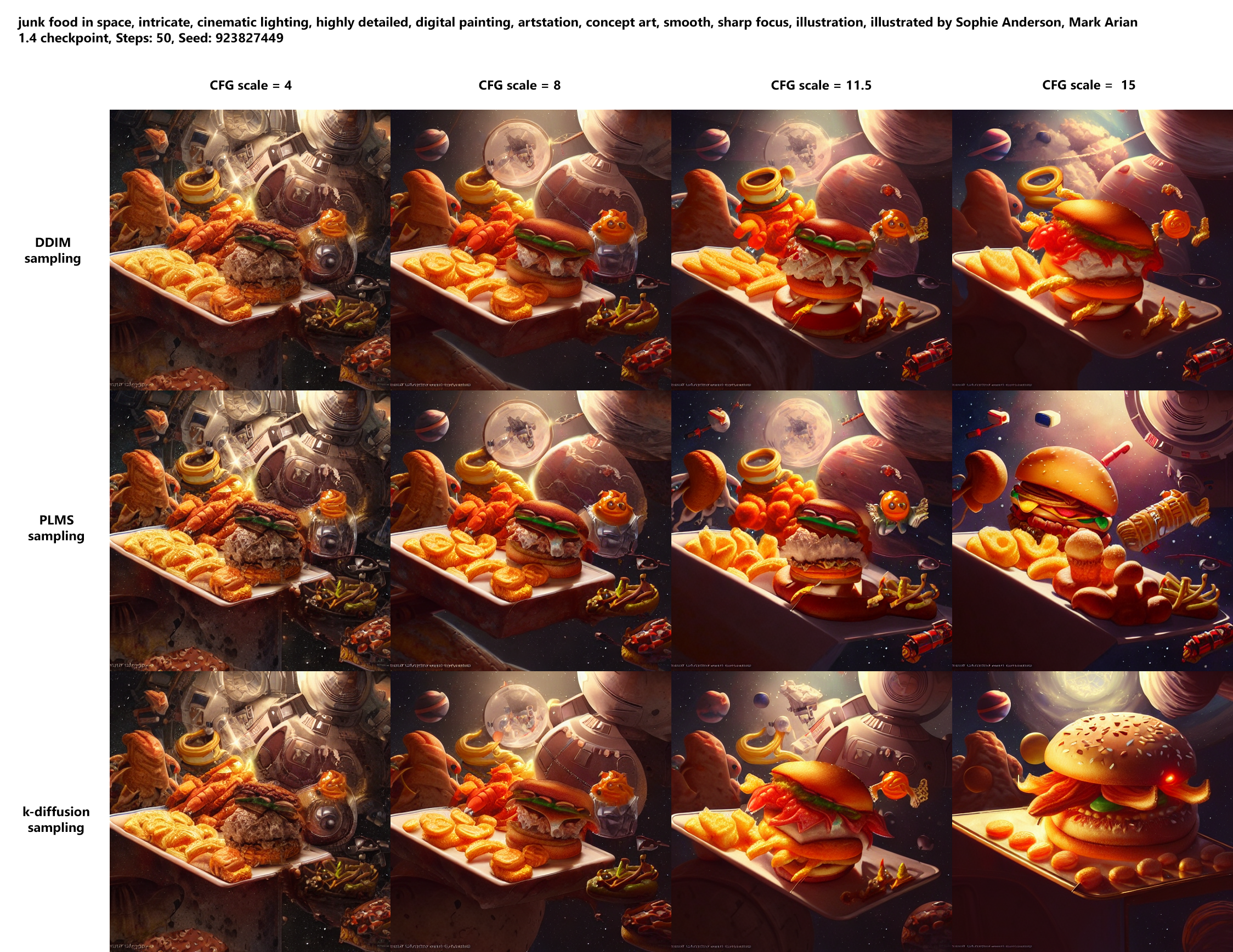 Separate multiple prompts using the | character, and the system will produce an image for every combination of them. For example, if you use a busy city street in a modern city|illustration|cinematic lighting prompt, there are four combinations possible (first part of prompt is always kept):

Four images will be produced, in this order, all with same seed and each with corresponding prompt: 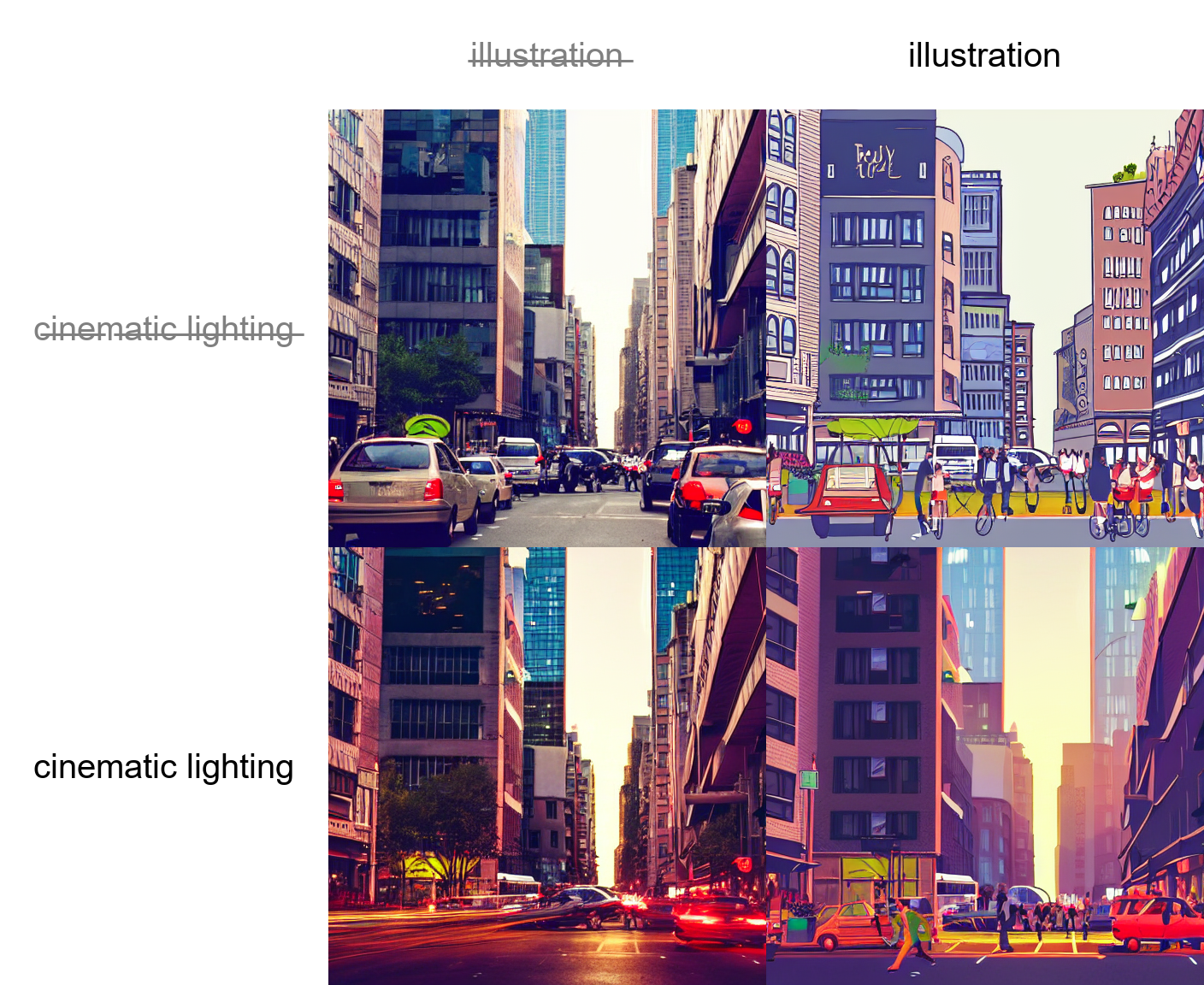 Another example, this time with 5 prompts and 16 variations: 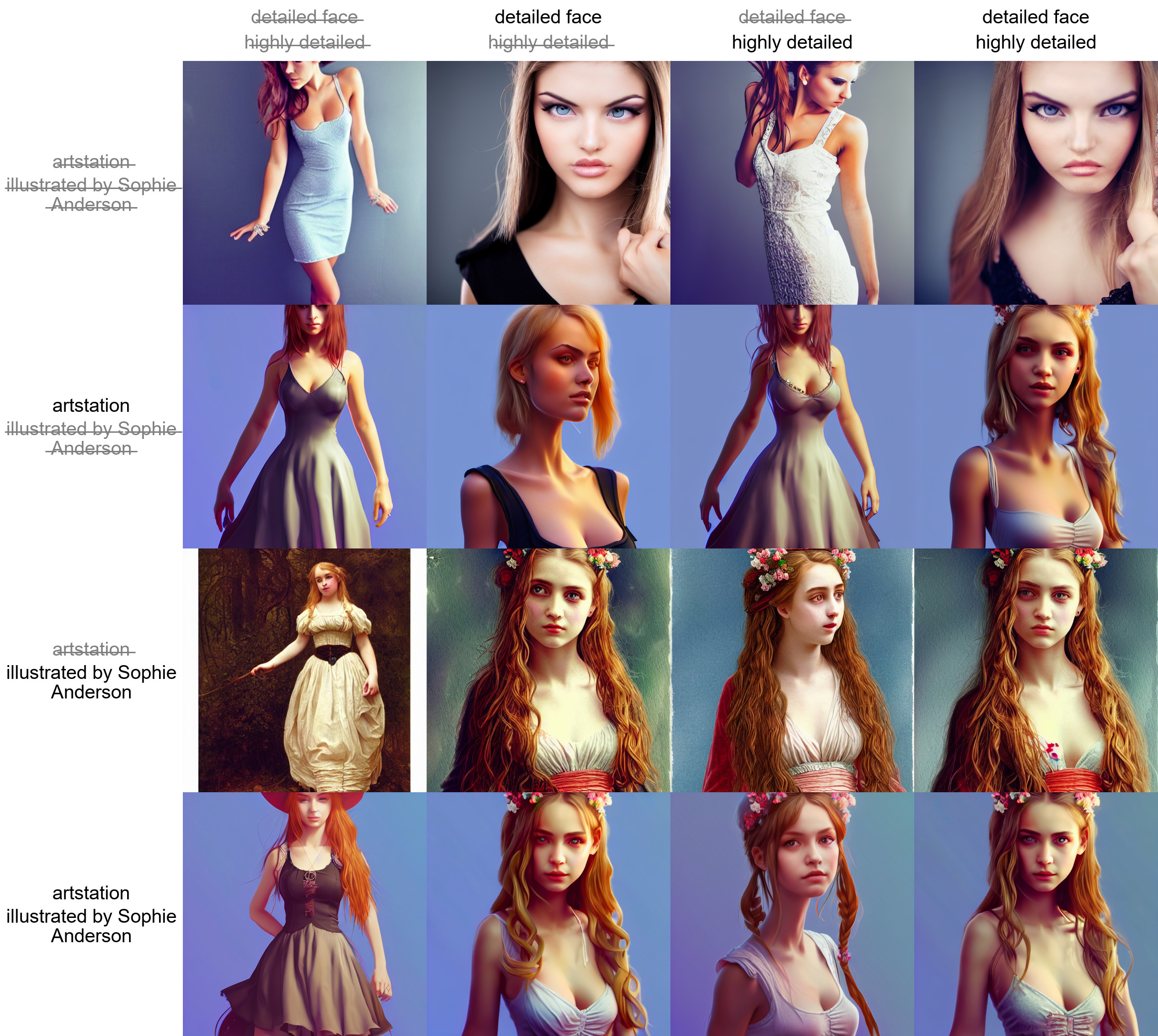 If you use this feature, batch count will be ignored, because the number of pictures to produce depends on your prompts, but batch size will still work (generating multiple pictures at the same time for a small speed boost).

Click the Flag button under the output section, and generated images will be saved to log/images directory, and generation parameters will be appended to a csv file log/log.csv in the /sd directory.

but every image is saved, why would I need this?

If you're like me, you experiment a lot with prompts and settings, and only few images are worth saving. You can just save them using right click in browser, but then you won't be able to reproduce them later because you will not know what exact prompt created the image. If you use the flag button, generation paramerters will be written to csv file, and you can easily find parameters for an image by searching for its filename.

A text output provides generation parameters in an easy to copy-paste form for easy sharing.

If you generate multiple pictures, the displayed seed will be the seed of the first one.

There are three options for resizing input images in img2img mode: 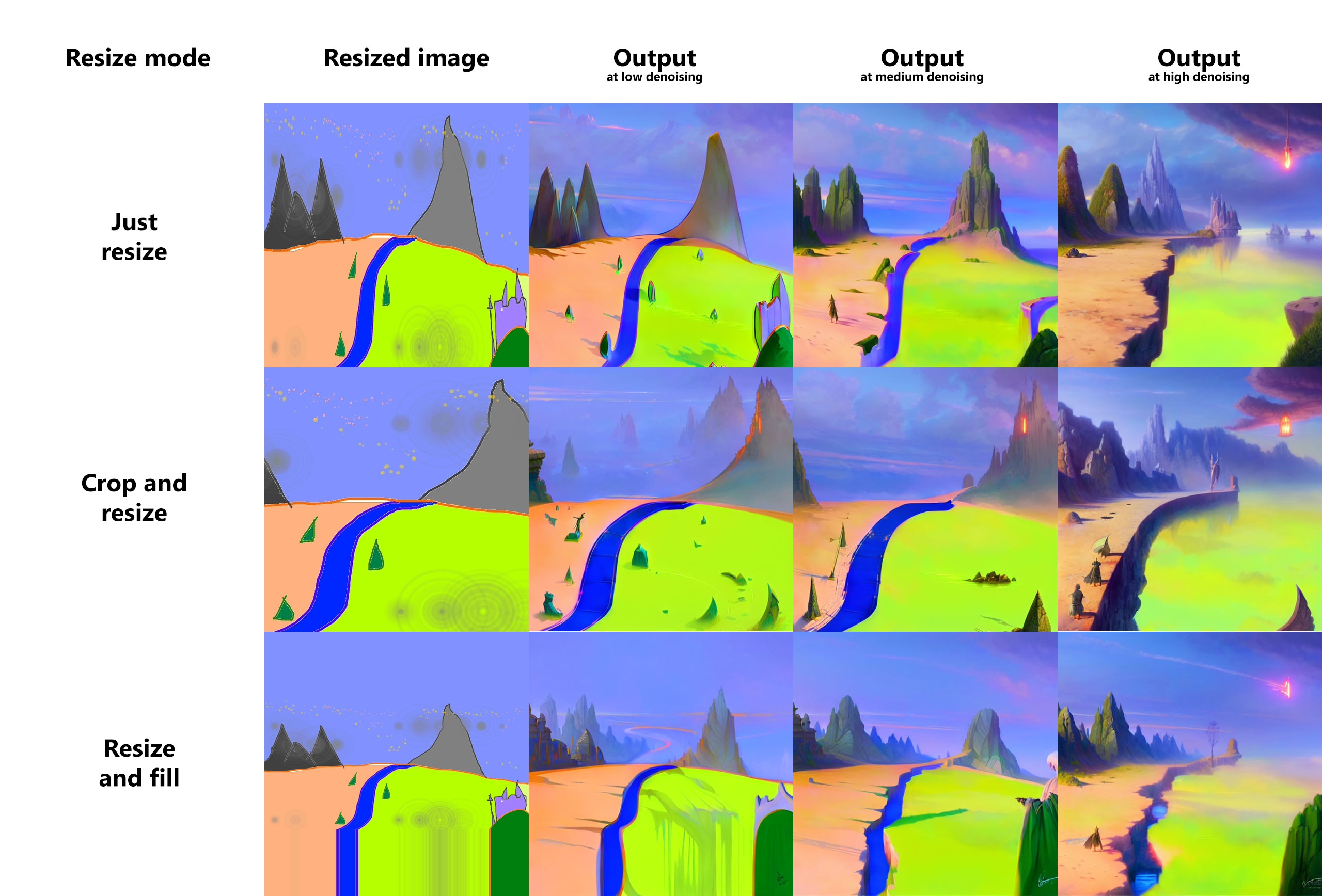 Gradio's loading graphic has a very negative effect on the processing speed of the neural network. My RTX 3090 makes images about 10% faster when the tab with gradio is not active. By default, the UI now hides loading progress animation and replaces it with static "Loading..." text, which achieves the same effect. Use the --no-progressbar-hiding commandline option to revert this and show loading animations.

Stable Diffusion has a limit for input text length. If your prompt is too long, you will get a warning in the text output field, showing which parts of your text were truncated and ignored by the model.

A checkbox for img2img allowing to automatically feed output image as input for the next batch. Equivalent to saving output image, and replacing input image with it. Batch count setting controls how many iterations of this you get.

Usually, when doing this, you would choose one of many images for the next iteration yourself, so the usefulness of this feature may be questionable, but I've managed to get some very nice outputs with it that I wasn't abble to get otherwise.

Stable Diffusion was made possible thanks to a collaboration with Stability AI and Runway and builds upon our previous work:

which is available on GitHub. PDF at arXiv. Please also visit our Project page.

Stable Diffusion is a latent text-to-image diffusion model. Thanks to a generous compute donation from Stability AI and support from LAION, we were able to train a Latent Diffusion Model on 512x512 images from a subset of the LAION-5B database. Similar to Google's Imagen, this model uses a frozen CLIP ViT-L/14 text encoder to condition the model on text prompts. With its 860M UNet and 123M text encoder, the model is relatively lightweight and runs on a GPU with at least 10GB VRAM. See this section below and the model card.

Stable Diffusion v1 refers to a specific configuration of the model architecture that uses a downsampling-factor 8 autoencoder with an 860M UNet and CLIP ViT-L/14 text encoder for the diffusion model. The model was pretrained on 256x256 images and then finetuned on 512x512 images.

*Note: Stable Diffusion v1 is a general text-to-image diffusion model and therefore mirrors biases and (mis-)conceptions that are present in its training data. Details on the training procedure and data, as well as the intended use of the model can be found in the corresponding model card.